Why Hope is Never Lost 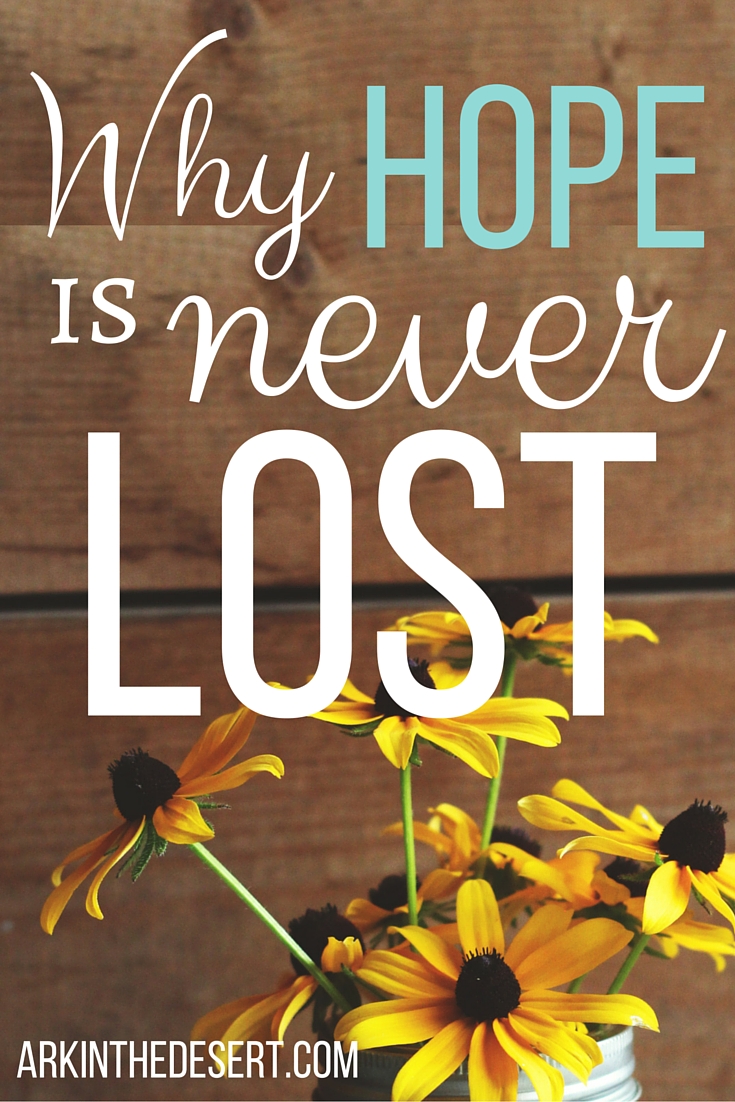 I am at that place again where I feel forgotten, where words combat words, where unknowns stretch out forever, where life seems hopeless.

It’s a revolving door; life is made of hills and valleys. But mountain top experiences are long forgotten when the cold of dark places takes over.

Hope seems easily lost when the mundane of life persists, when bank accounts nest near zero, when people fail us.

There is a lot of pain in the world and that pain, those moments, always appear bigger, stronger than any intangible hope that we had held on to, like a mist it seems to dissipate in the face of darkness.

I understand why people give up and throw in the towel. I myself have done so on countless occasions. My small faith seems easily squelched by the hard of this world, by life.

Despair has become a constant companion, a familiar face in light of the struggles I face. When my marriage seems hopeless I give in to the dark thoughts that linger in my mind. It’s always going to be like this. He doesn’t really love me. I don’t deserve his love.

When life takes unplanned turns, when people disappoint, when you feel you don’t measure up, despair is there like a shadow that cannot be shaken.

I’m sure this is how Jesus’ followers felt. For years they had walked with Him, stood behind Him, believed that He was the One Who Saves , He was God Among Us , He was the Chosen One, Anointed .

They had seen the miracles He had performed. They had intimately known Him as friend. They hoped in Him.

But when He was taken prisoner, mocked, beaten and betrayed, arrested and tried their hope failed. All hope seemed lost.

When the crowds cried out “Crucify him, crucify him,” when the soldiers buried a crown of thorns into Jesus head, when they beat and bloodied him and forced him to carry His cross, all hope seemed lost.

When nailed to the cross, hung for all to see, scorned and rejected all hope seemed lost.

When the earth shook and the rocks split and darkness had taken over all hope seemed lost.

For three days, Jesus’ body laid buried in a tomb, lifeless and hope was nowhere to be found.

It seemed that darkness had won. All the hope that they had once carried was dispelled by the circumstances they were in, by bleakness of their situation.

But there was still reason to hope. Jesus had foretold of this.

Three days after the darkest of days, the stone was found rolled away, the body was nowhere in sight. Jesus, the man they had all trusted, hoped in was in fact alive. Hope was still alive.

On the way to Emmaus Jesus drew near to his disciples who were lost in hopelessness.  There He walked with them though they knew not who he was. They were unable to see what was there in front of them, who stood before them.

But Jesus revealed Himself. “The Lord has risen indeed,” they told the others, a statement so profound, so hope-filled that it has ridden through many generations to us today.

The Lord of the Universe took on human flesh to conquer death and the affects of sin, so that now in Him we too have come out of darkness and into life, we who were once dead are now made alive in Him.

We have reason to hope, a hope that far surpasses any circumstance we find ourselves in, a hope that has defeated the darkest of things.

You see Jesus took the cross an excruciating instrument of torture used by the Romans to punish prisoners and made it into a symbol of hope.

HE REDEEMED EVEN THE MOST VIAL THING.

Darkness cannot withstand light. Light dispels darkness always. He is the light of the world, our Creator and sustainer and it is in Him that we hope. 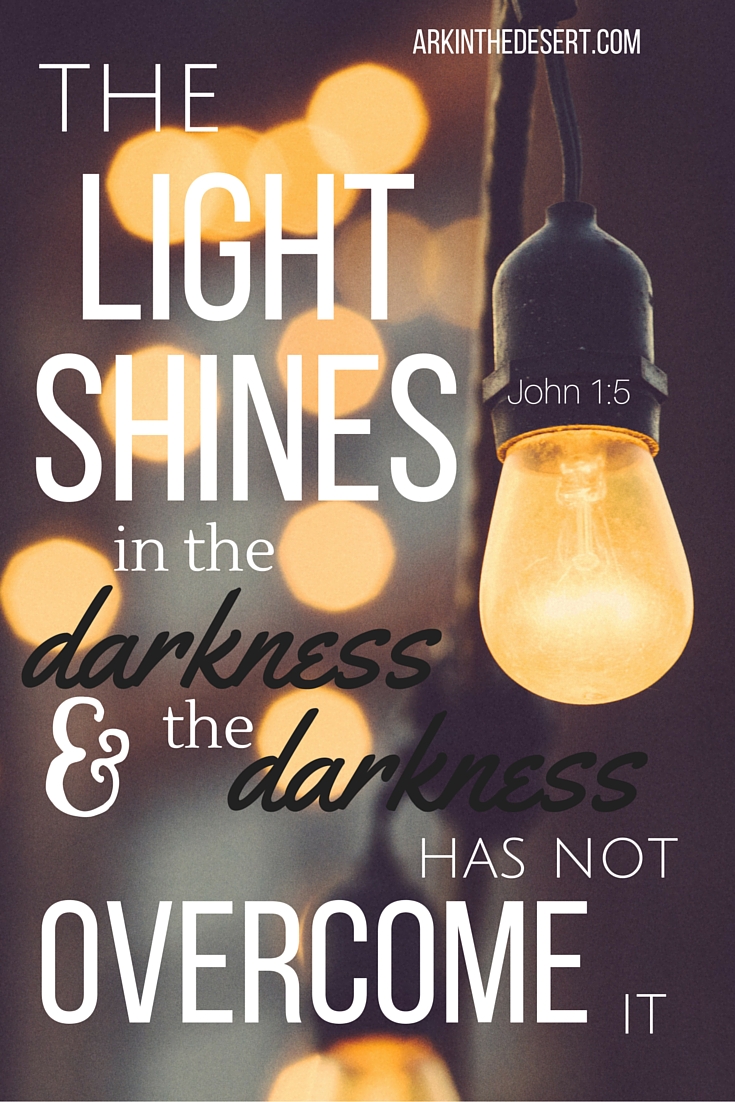 “I have said these things to you, that in me you may have peace. In the world you will have tribulation. But take heart; I have overcome the world.” {John 16:33}

He is our hope and in Him we can trust.

Hope is not lost, for He is alive.

He is the God of Hope.

« How to Get the Spark Back When Mundane Takes Over