How Being “Safe” Has Saved Us We were freshman in college and had only been dating a few months, though to me it seemed like forever. I couldn’t remember a time when we weren’t dating. From that angle I couldn’t see the definition between our friendship and our relationship.

I enjoyed spending my weekends with him, exhausted from not seeing him during the week. Although he was only minutes not hours away, those minutes were the great divide between him and I, my college and his home.

It was one of those weekends we’d come to love, pretending it was just him and I in the world, in the real world, away from textbooks and frat parties. Our relationship blossomed here, time slowed down though our relationship sped full steam ahead.

My college roommate had misplaced our dorm key and was locked out that Saturday night. Coming to her rescue we came back to reality and decided to meet halfway at a Dairy Queen.

The night was heavy setting in, the air was warm from the days work of hitting the blacktop pavement. We sat there just the two, uninterrupted for a while waiting for the familiar headlights of my roommate to pull into the lot.

My mind was racing in the silence, in the unknown of exactly where we were in our relationship, exactly what this was. I blurted out a little unthinking, a lot wondering, weakened from not knowing.

Just like that, blunt, straight to point. Trapping B in the driver’s seat, nowhere to go, either yes or no.

Space entered into the conversation, stretching it out, my words lingering in the air above the silence below. My stomach knotted, my hands began to sweat. The silence was a loud noise filling my head, the pressure thumping in my temples, heart racing.

All of the reasons he might say no flowed through me like a line of credits at the end of a movie. My disqualifying list was long in my head and tearing me down when he finally spoke,

That simple answer meant the world to my 19 year old self. Delight, satisfaction, worth and value filled my soul. The boy of my dreams, the friend of my childhood loved me.

I did not expect the reply.

Though I should have seen it coming, an obvious reply to my pre stated question, I was caught off balance. I stared out the windshield, unknowing of how to answer. 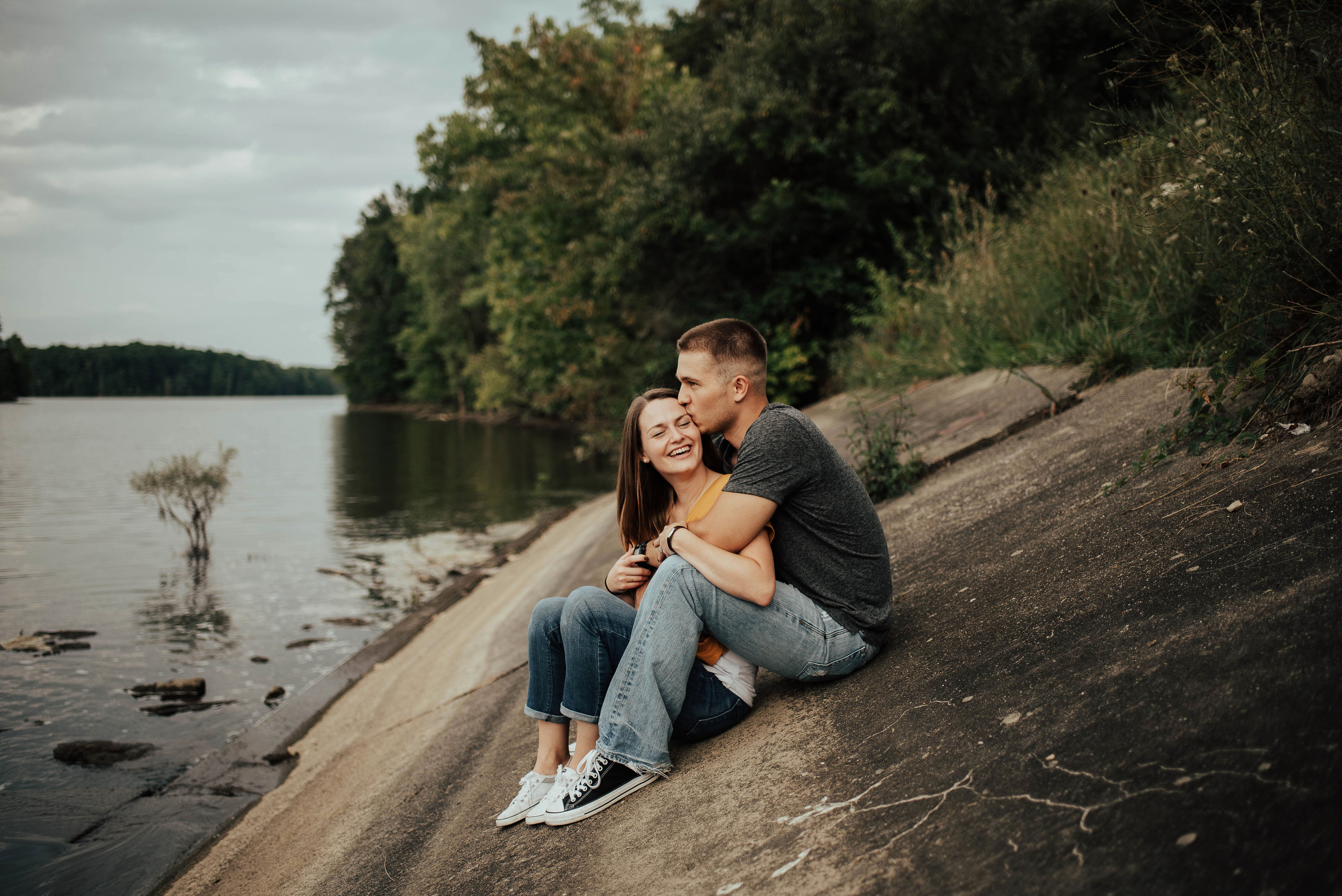 Honestly, I had only been concerned with how he felt, not how I felt about him. Did I love him? Did I even know what love was?

I had never said it to a boy before. It took me years to say it to my best friend. Unconfident in my answer and not wanting to say something untrue I responded,

Looking back, I can only imagine the bone crushing, stomaching aching reaction I had caused. What a reply to give to the answer I had posed in the first place.

I tried to explain then the entirety of what I meant. B was the first boy I had ever truly dated, the only one who had stuck around long enough to get to this point. I had a wide girth for the friend zone, because I was a Careful Carly, knowing I didn’t want to let anyone in unless it was going to be serious. I’d seen to many breakups, to much heartache to allow myself to fall into such place.

The fact that I felt safe, completely able to be myself, to relax, put down all the guards I had built for so many years meant the world, it meant everything. But to a 19 year-old boy who just told his girlfriend that he loved her and was not allotted the same back, I’m sure it was a low blow.

Of course my roommate pulled in just minutes later spewing out a story about hitting a raccoon on the drive that invaded the silence that had crept over us. A silence I would come to know very well. B was in thought, retreating into his mind, I left alone to deal with the mess I had made, wandering what would become of it.

We are now able to look back on this moment and laugh, nicknaming the act of “dairyqueening it,” when someone asks a weighty question but is not able to answer it themselves.

I’m very good it at, since what is usually on my mind slips out without a thought, especially with those I feel safe with. I did of course eventually realize that the feeling of safety, of being able to be myself, to relax and not worry did indeed mean what we had was real. 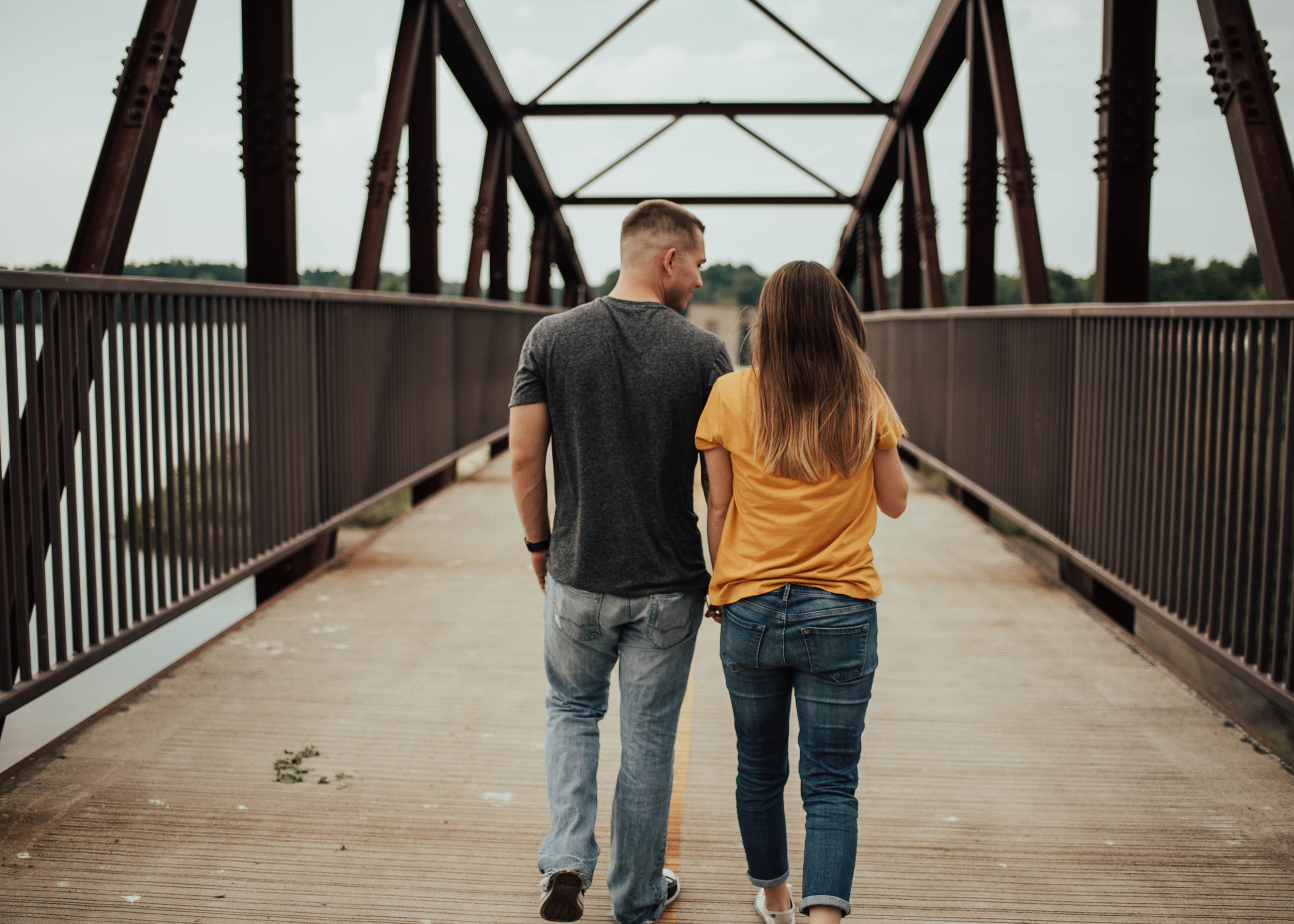 Not only did he love me (and I felt his love), but I in return loved him. It wasn’t a fairy tale kind of love, a swept you off your feet kind of love or even a ravenous passionate love, for those are the loves we read most often about.

Love that is honest, raw and real far less happily-ever-after, more long suffering that grows with time, awkward moments, real life, with the expectation that I’m not going anywhere no matter what. And that love has built our whole life together.

Love that lasts is safe, it is strong because it is forged out of a friendship. When the fire diminishes, when the ugly creeps in and we find ourselves in a thin place, it is our friendship that we will continue to stand on and grow from.

I’d love to hear from you? Where did you first say I love you? What awkward moments have you shared, that you can NOW laugh about? Leave a comment below. « Happily Ever After Does NOT Exist